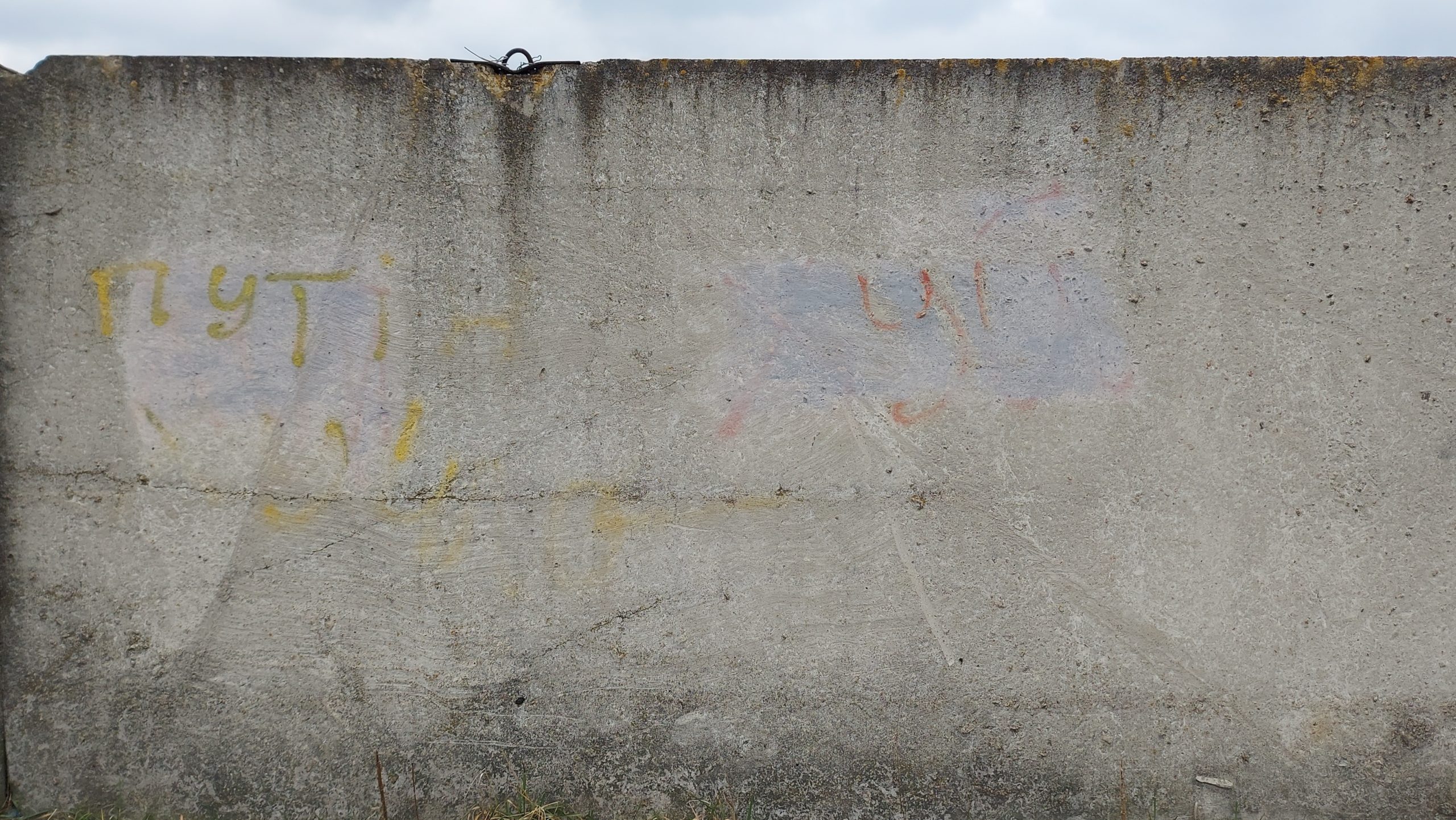 On the 11th day of war I finally feel like I can breathe fully without hardly bearable hea­vi­ness in my heart. It is my first night when I didn’t have hal­lu­ci­na­tions (I must admit, I also had them during stressful periods in peaceful time) and didn’t feel craw­ling panic which feels like a slow death (I never felt anything like this before). All the pre­vious nights I had dreams that I was rea­ding various Tele­gram and Face­book chan­nels and chats where ever­y­body started to panic and wrote that there was going to be bom­bing ever­y­where. From time to time I cried out in sleep to my par­ents who were also slee­ping “Please lie down on the floor and cover your­selves”, “Are you sure that we shouldn’t go to a bomb shelter now?”, “Are you sure the window glass won’t hurt us if there is a shel­ling?”, “Is our cor­ridor the right place to hide, are the walls thick enough?”… After I woke up I felt guilty that I was sprea­ding panic. For­tu­n­a­tely, my par­ents turned out to be more resi­lient and weren’t even affected by my despe­rate cries.

During these hours it seemed to me that I felt the panic, fear and pain of every single Ukrai­nian, of all the Ukrai­nians altog­e­ther. It was worsened by the thought that this panic was our sure way to defeat and death. Then I would fall asleep in a dif­fe­rent kind of sleep, without any fee­lings and later in the morning I would start to numb myself with gathe­ring dona­tions for the army, trying to for­mu­late and share some important poli­tical messages on social media (if it helps?), che­cking on my friends in dan­ge­rous places, and so on. 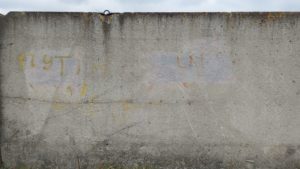 © Lina Zalitok, 2022. The pic­ture was shot by the author on March 7th. In 2014 “Putin khuylo” (Putin is a dick­head) appeared on this wall, which was after­wards removed. Now you can see it again.

All these days I am glued to my mobile phone and hardly put it aside. I con­tinue to text and read while eating. I con­tinue to text and read while my par­ents are tal­king to me so mostly I don’t hear a word of what they are saying. They always have to repeat ever­ything at least three times. And this con­stant back­ground tal­king is making me ner­vous and irri­tated. Espe­cially when I hear a ques­tion “Did you get crazy?”. I didn’t want to lose time to exp­lain what I was doing and was just get­ting angry. Now as I am trying to give myself a pause, it is get­ting better. I some­times manage to do three sips of coffee without loo­king at my phone. And I can eat for 2 minutes without loo­king at my phone. I hear one sen­tence out of six sen­tences that my par­ents are saying to me.

The day before yes­terday, I read that if you feel guilty being in secu­rity you should try to help your clo­sest ones, then the ter­ri­to­rial defence and then maybe try to spread some infor­ma­tion on social media. For wha­tever reason I totally ignore my clo­sest ones and fancy that if I ask  Euro­pean governments on social media to send us lethal wea­pons in order to save more lives, I will be heard and maybe they would send at least one more air­craft to stop at least one bom­bing. Fee­ling secure is a rela­tive fee­ling though. My friend in Kyiv who is now in the part of the city where there is rela­tively little shel­ling, feels guilty for being “secure” as she is not in the place where the army is.

I don’t feel guilty at all. I just try to do wha­tever I can and reach ever­y­body I can reach. Ok, I feel a little bit guilty, because the place where I am, is still quiet. But I am so happy that this time I am in Ukraine. In con­trast to 2013, when at the start of Maidan and the war in the East of Ukraine, I turned out to be in Berlin. I was just star­ting my master stu­dies after I received a generous EU scholarship.

I still remember my uncon­fi­dent hesi­ta­tions and doubts if I should leave it all and go back to Ukraine and fight for its freedom. I seriously thought about going as a vol­un­teer to Donetsk and Luhansk regions. My par­ents talked me out if it and I didn’t have any friends or people who would exp­lain me how to orga­nise that, where I should go, etc. So I stayed in Berlin. Some six years altog­e­ther, with inter­mis­sions in Brussels and Stras­bourg. And then I somehow unex­pec­tedly turned out to stay in Ukraine and even built up some kind of settled life without plan­ning to pack my bag and leave again for ano­ther country. Last time I wanted to leave was in June 2021. Afrer that I finally felt happy where I was as the dis­co­very of Lindy hop dan­cing totally changed my per­cep­tion of me and my life. But that’s a dif­fe­rent story.

Now I feel it was pretty crazy of the 23 years-old me to think of going to the front back then in 2014. I am not even thin­king about it now as I know that I am totally unpre­pared for such mis­sion, first of all phy­si­cally unpre­pared. For­tu­n­a­tely, there is a lot of dif­fe­rent kinds of fighting.

If you are for­eigner and ask yourself where Ukrai­nians have their cou­rage from, our history will give you the ans­wers. I remember how fasci­na­ting it was to read at school about brave Cos­s­acks who fought for Ukrai­nian inde­pen­dence from Poland and Russia in the 17th cen­tury and before, against Osman empire. I remember how I won­dered rea­ding my school­book of history, why the Rus­sian empire hated Ukrai­nian lan­guage and cul­ture in the 19th cen­tury so much, pro­hi­bited it with laws and pro­se­cuted Ukrai­nian wri­ters. I was sad rea­ding how Stalin killed the best Ukrai­nian wri­ters and cul­ture acti­vists in 1930s, the so called Exe­cuted Renais­sance. I was crying as I heard the tes­ti­mo­nies of people who sur­vived the great famine Holo­domor, also orga­nised by Stalin.

I ima­gined how Ukrai­nians felt during the Second World War and after its end, as the people who were cap­tives of Nazis were per­se­cuted by Soviet Union as trai­tors. Finally, I had a clear pic­ture of Kyiv being bombed before my eyes in 2008 as during my first stu­dent year I read about the Rus­sian-Ukrai­nian con­flict because if island Tusla in 2001 and the state­ments of Rus­sian poli­ti­cians that Ukraine was not a state.

Our history is a history of opp­res­sion. 1991 we achieved the Inde­pen­dence of Ukraine. We fought hard for it. So be sure, we won’t give it back.

by Lina Zalitok
prev next